” I feel terrible for young people because, in all my years, these seem like the worst of times, in terms of war looming, the pressures of social media and the environmental crisis, which is frightening. My main personal challenge in life has been illness. I was always a sickly kid, but I got through tuberculosis, scarlet fever, measles, chickenpox and an earlier pandemic. Then I had to go through losing childhood friends, my brother, my husband and my fellow musicians. I’ve found that as people we have the power to endure a lot of things and also to make things better. I don’t have any answers, but I look to the young, someone like Greta Thunberg or my daughter, who is a climate change activist. Every human being has responsibility to make things better, every action gets reaction and even in the smallest of ways we can all do something useful.

One of my favourite lines in music is from Jimi Hendrix’s 1983… (A Merman I Should Turn To Be). “Hurrah. I awake from yesterday.” I live by that. Another day, I’m still here. A chance to do something useful, read a book, see a film, see my kids. I just saw The Power of the Dog – such a great movie – and The Batman. I just made myself peanut butter toast and black coffee, one of my father’s favourite things, and I suddenly had such a sense of him. I experience joy very easily.
During the first world war, the Germans bombed the Rimbaud compound, so his sister had another house built on the same spot using the debris. A very old woman lived in this house until she was in her 80s; it was in disrepair and she couldn’t take care of it. This is the land that belonged to his mother, where he laid in the grass and looked up at the stars, where he wrestled with [his poem] A Season in Hell and where he suffered when he lost his leg at the end of his life. This old woman found me, and I can’t just go and buy houses, but it was at such a reasonable amount that I bought it to be the guardian of the land for the future. I’ve repaired it to turn it into a writer’s residence for one person. That was delayed by the pandemic, but it will happen.”

So We can experience joy easily and remember the real meaning of Easter : NOTHING IS IMPOSSIBILE.

” As is usual with most cultures, Easter is a mixture of folklore and religion. Eggs were associated with spring and with new life and are therefore often decorated in shades of green to represent the new foliage emerging after winter. Early Christians adapted this idea and the egg became a symbol of the resurrection: the empty shell a metaphor for the tomb of Jesus closed by an impossibly large stone. The following morning, however, Mary finds it rolled back, nothing is impossible ” ( Easter Bunny, Lady Carnarvon ‘s Post)

So Dear readers, viva la vida and try to experience joy by giving joy to the others! As the fantastic charity activities of MURRAY PARISH TRUST. Let’s make the world a better and Kinder place to live! 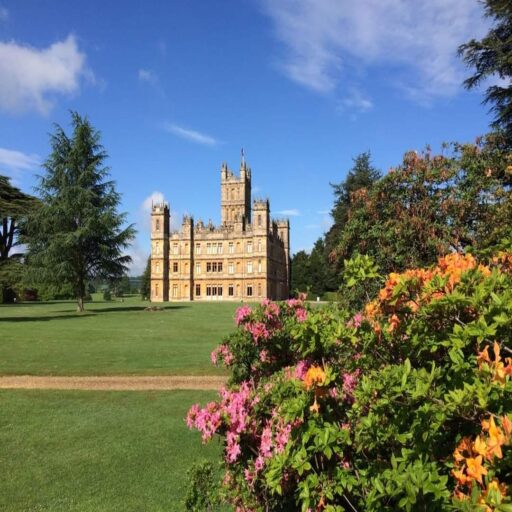 Seaside . French Riviera First of all, here' to you a tribute to Dame MAGGIE SMITH- LADY VIO ...

Seamless Theme René, made by Altervista